When I was about 10, my father, Doyle Blackwood, was asked to run for state representative from Shelby Co, Memphis. His group, the Blackwood Brothers Qt were quite popular in Memphis and Elvis was a fan even before he because famous. He accepted and not too long after that, the party told him they were going to have a parade on Main Street, downtown Memphis in two weeks. They wanted all the candidates to participate in the parade and ride downtown so my father agreed. There was just one problem. We didn’t own a suitable automobile. By that time, Elvis had already had several hits, had bought Graceland and had a few cars to his name. My father knew him because of his love for the quartet, so he called Elvis and made a request to borrow one of his Cadillacs for the parade. Elvis graciously agreed, so I rode out to Graceland with him, met Elvis, and we picked up the borrowed car.

That Saturday afternoon we were in that parade, waving at people on the street. But we stood out from all the rest, as my father was the only candidate riding downtown on Main St in Memphis that day in a bright pink Cadillac! 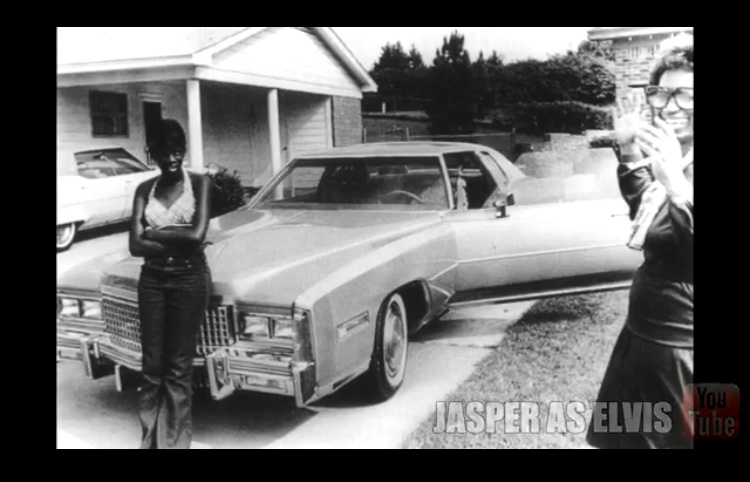 In 1975 Elvis was shopping in Memphis at the Cadillac dealership and a black lady named Minnie Pearson happened to walk by and stopped to admire the beautiful cars in the showroom. The young black lady clearly was unable to afford such an expensive car but Elvis noticed her outside and he asked her to come inside. That day he bought her a brand new white and gold Cadillac which sold for $11,500.

At that time, Cadillac was symbolic of success and Elvis, who was raised in poverty, wanted to show the world he was successful and Graceland and Cadillac were two symbols of having made a successful transition.

It’s funny how times have changed, but human nature remains the same. We all want the good life, money, and fame if possible. However, as we have seen so many times, success doesn’t bring happiness.  Many wealthy people are still miserable because they discovered after achieving every goal they set, they still are empty. They have missed the MAIN THING!  Jesus said, “I have come to give you life and that more abundantly”. Go ahead and enjoy the good things life has to offer but remember who provided you the talent and the sense to acquire them.